Biden names Daniel Werfel as the next IRS Commissioner. Biden names Daniel Werfel as the next IRS Commissioner.

President Biden has nominated Daniel Werfel, a former acting IRS commissioner during the Obama administration and current managing director and partner at Boston Consulting Group, to be the next IRS commissioner.

According to people familiar with the search, the Biden administration preferred a tax attorney, such as outgoing IRS Commissioner Charles Rettig, to a tax manager who can help lead and transform the large organization that processes more than 150 million individual tax returns annually, Bloomberg reported in September.

If Werfel’s nomination is approved by the Senate, he will take over an agency that has recently received additional funding as a result of the Inflation Reduction Act, which was passed by Congress in August. The IRS will receive $80 billion in funding over the next ten years, which will be used to hire more employees, including tax agents and customer service representatives, and to update the agency’s antiquated technology.

Werfel worked for the federal government earlier in his career, under both Republican and Democratic administrations. In 1997, during the Clinton administration, he started working at the Office of Management and Budget (OMB) as a policy analyst in the Office of Information and Regulatory Affairs. During the Bush and Obama administrations, he kept up his work at the OMB.

Werfel was appointed by President Obama to be the OMB controller in 2009 after serving as the position’s deputy controller. He held the position for four years before being appointed acting commissioner of the IRS on May 22, 2013.

Following Miller’s resignation on May 15 of that year, Werfel took over as acting commissioner of the IRS. Following the IRS’s admission that some conservative organizations’ federal tax-exempt status had been improperly investigated, Miller resigned. Prior to John Koskinen’s nomination and subsequent confirmation as IRS commissioner later in 2013, Werfel continued to serve as acting commissioner.

Werfel joined Boston Consulting Group in 2014, and he is now the practice’s global leader in the public sector. He formerly served as the North American head of BCG’s Public Sector practice.

He will succeed Rettig, whose four-year term ends this week if confirmed by the Senate. In a statement issued today, Rettig stated that his time as commissioner “has given me an even deeper appreciation of what our workforce is capable of accomplishing.”

Douglas O’Donnell, Deputy Commissioner of the IRS, will act as commissioner up until Werfel is confirmed. 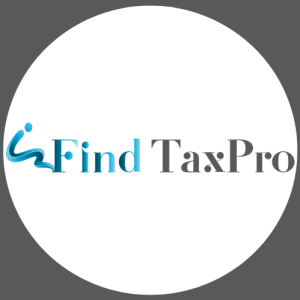